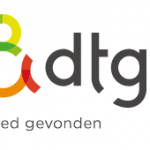 It’s been a while since I have noticed any new business listings sources on Apple Maps, but today I found new info from Quandoo, a restaurant reservations service in Europe and Asia, and DTB BV, a Netherlands-based local digital marketing company.

There’s not much published on the Web about how to rank well in Apple Maps. While the nature of a mobile map result makes “ranking” sort of an ephemeral thing – the order & radius of results will vary depending on the searcher’s physical location – there are a factors that seem to most positively correlate with showing up prominently in Apple Maps:

Of these perhaps the most confounding is “Category relevance to query”. This is because Apple Maps does not appear to do a lot of keyword-to-category mapping. For example, here’s a shot of an Apple Maps desktop result for “hot dog”: 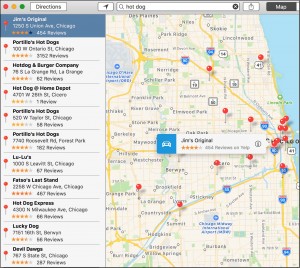 But look what happens when I change the query to “best hot dog”: 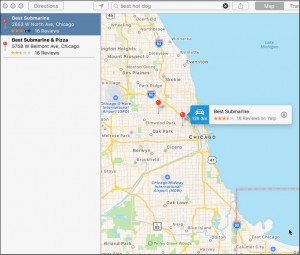 Apple Maps knows “hot dog” is a restaurant category and brings up a set of hot dog restaurants for the query. It doesn’t understand that “best” is a modifier of “hot dog” so instead it treats it like a business name search and it looks for businesses that have “best” in their names and are in a category related to hot dogs. In this case the two businesses listed are both in the “Sandwiches” category.

Some modifiers appear to be driven by Yelp’s meta data. For example, this query for “cheap hot dogs” brings on $ and $$ (pricing data from Yelp) businesses in the Hot Dogs category: 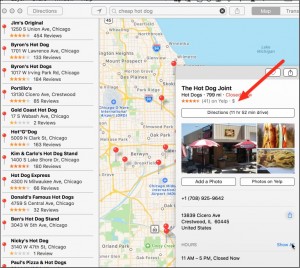 But what happens when Apple Maps doesn’t have a mapping of the query modifier to a category. Check out this result for “delicious hot dog”: 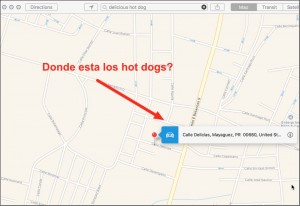 In this case, Apple Maps decided that “delicious hot dog” was a geo-query so it sent me to Calle Delicias in Mayaguez, Puerto Rico. I’m not sure why. “Delicias” is close to “delicious”, and “Mayaguez” is kind of close to “merguez” which is a type of sausage so…

The moral of the story: Stop stressing that you don’t rank for various keywords in Apple Maps. Neither does anyone else. Previously Location3 and SIM Partners were accidentally “announced” as partners almost two years ago. At that point we had heard that these partners were in some kind of beta program to see if their data was good enough for Apple Maps. I suppose this latest update means that Location3 and SIM Partners are now officially good enough. Congrats to Andrew, Nick, Adam, Gib, and the rest of the crews at both companies.

Check out the Apple Maps Business Listings Data Suppliers by Country where I keep an up to date list of all of these guys.

It’s been a while since we have seen any updates to Apple Maps data suppliers. Today I discovered an updated Apple Maps Acknowledgments page which now lists Parkopedia, a database of parking lots and garages – “The Wikipedia for parking” according to their site.

Apple Maps has updated its Acknowledgements Page as of 10/22/15 to include Foursquare as a supplier of business listings data. About two years ago there had been some confusion about whether or not Foursquare was in cahoots with Apple Maps. Nice to see this finally confirmed. I have not seen an example of Foursquare data on an Apple Maps listing but I imagine it looks just like the Yelp integration.

This is pretty great news for Foursquare. Everything I have heard from other Apple Maps data suppliers is that the traffic to these listings has been accelerating at a rapid clip – Apple apparently provides data providers traffic data on their listings – so this provides Foursquare with a great reason for businesses to engage with them.

I just noticed that businesses can now add their Apple Pay info to their MapsConnect profiles. It appears this functionality was added in early September. If you accept Apple Pay, you should definitely update your listing. When you do this, your business’ Apple Maps profile starts displaying the Apple Pay icon. I imagine at some point this icon will become more prominent and there will be opportunities to filter queries by “Accepts Apple Pay”.

Here’s my presentation from SMXEast 2015 on initial SEO tactics for showing up in Apple’s new search algorithm: