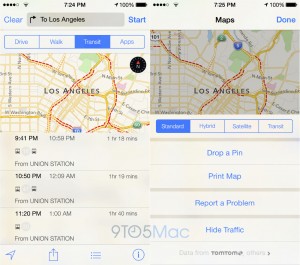 9to5Mac reports that a major upgrade to Apple Maps is in the works for iOS8, with public transit data being the big feature. The report also mentions that “Apple is also working on unique ways for integrating indoor mapping views and enhanced car integration for future versions of iOS. Sources say that Apple has also begun work on augmented reality functionality that leverages the iPhone’s compass hardware to visually see nearby points of interest.”

These sound like worthwhile consumer-focused applications but they aren’t going to do businesses with screwed-up data or missing locations any good. I wouldn’t have expected Apple to use a leak like this to pre-announce a business claiming feature – consumers wouldn’t care and it would do nothing to get people excited about iOS8, but I hope we are pleasantly surprised by a business claiming feature when the update comes out. It is sorely needed.