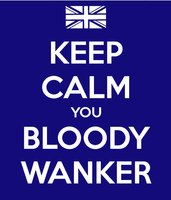 A few weeks ago, reader JR Watts emailed stating that it was bollocks of me to think TomTom is the major business data supplier for Apple Maps in the UK. He suggested I run a few tests:

Khans brasserie, is located in cowdray court on apple maps, but correctly located on north street in tomtom places

Chichester cathedral is on tomtom places but not apple maps

I checked these listings and it appeared that the Khans Brasserie address had been updated correctly in Apple Maps. My guess was that JR had done this and the update happened after he sent the email. But the Shang Hi Chef and Chicester Cathedral issues were accurate.

I went searching around for Shang Hi Chef in other databases. Since it was a closed business, it was less likely to show up in a lot of the usual suspects. After a bit of hunting, I found that Factual had the listing – it wasn’t in their visible online database, but when I inquired directly with Factual if they had a listing for Shang Hi Chef in Midhurst, they responded that it was an old listing of theirs that had already been purged.

I compared a number of other listings against Factual, TomTom and Apple Maps and found that in many cases the data were in both Factual and Apple Maps.

This is by no means a statistically significant study, but the results suggested to me that Factual is perhaps more important a player in Apple Maps UK than TomTom.

Apple Maps is using multiple data sources in many countries and it’s not yet clear, at least not yet clear to me, what criteria it uses to display which data when. And for any given business listing, Apple is likely scoring data from Yelp, database vendors like Factual, national data suppliers and user reports, creating an algorithmic mash-up that can often produce poor results. For example, perhaps Apple is pulling the Chichester Cathedral data from TomTom, but since the site does not show up in Yelp nor perhaps in Factual, this overrides the TomTom data, or some other source, and the listing gets expunged.

We have been working on pulling apart some of these listings to reverse engineer what’s going on, but at the moment it’s pretty messy. If anyone has any further thoughts, let me know.

And check out our regularly updated list of Apple Maps Business Listings Data Suppliers by Country.